Sher-E Punjab Sports Academy was established in 2005 in Chakar, in the state of Punjab (India). It was founded by brothers Baldev Sidhu (Dave) and the late Ajmer Sidhu to provide resources to children and young adults. 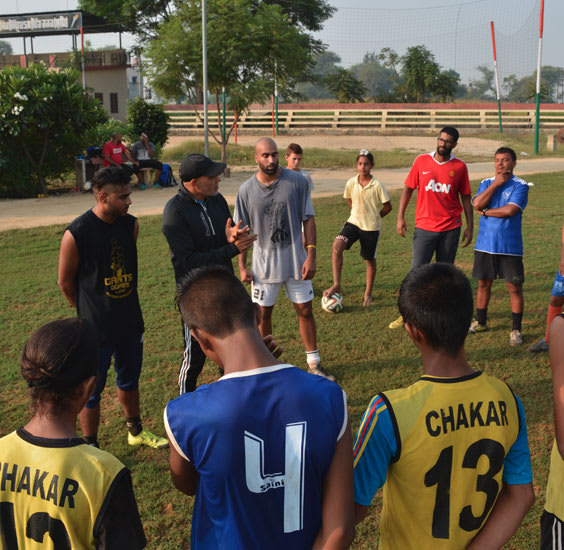 About The Sher-E Punjab Sports Academy

With the founding of the Sher-E Punjab Sports Academy, the goal was to establish an organized academy for children of all ages to train and compete in boxing, soccer and athletics.

A large motivator to open the Academy was the disparity that the village of Chakar and many others in Punjab were facing in terms of drug use, violence and other injustices.

By opening the Academy, the hope was to find positive channels of influence for children so that they learn about and thrive in living a healthy lifestyle.

Since it’s inception, the Academy has developed athletes that have been able to compete on all stages (village, state, national and international), Sukhdeep being a glowing example.

All of the athletes in the academy are ambassadors of the village, helping plant trees, keep both their athletic facilities and village facilities clean and motivate others to do the same.

The ultimate goal is to become a model village and show others what can be accomplished with kindness and support.

Other Initiatives in Chakar

Other initiatives taken by the Sidhu brothers and many volunteers from the community that have helped better the Chakar community and quality of life include:

Planting Trees – Over 40,000 trees/plants have been planted since the inception of the project and new plants continue to be planted every day. This has brought many benefits to the village such as cleaner air, fresh fruit and aesthetic appeal.

New Roads & Road Repair – New roads have been paved and old ones have been resurfaced for ease of travel and appeal.

Community Spaces - 10 new communal areas have been constructed for seniors and other residents alike to meet and socialize. A number of new buildings have been erected for co-ops, storage and community councils.